In 1932, while the world struggled through the Great Depression,
a small Austrian town tried
an economic experiment. To stimulate the
local economy, leadership in Wörgl created its
own local currency, or scrip, known in German
as freigeld (literally, free money).

Based on the thinking of Silvio Gesell, an early
20th-century social activist and economist, the
new currency was novel in that it depreciated
monthly, which increased the pace of its
circulation. Rapid currency circulation goosed the
economy, putting residents back to work.
Advocates of local alternative currency systems
explain that what’s really happening with this sort
of currency “velocity” is real reinvestment in the
local community.

The “Miracle of Wörgl” seemed to be serving
that community well and was interchangeable
with official state currency, but the Austrian
National Bank, concerned over a perceived
threat to its money-printing monopoly, shut
down the experiment after just 13 months.
Nearly 80 years later, as economic malaise
lingers throughout the United States, the Wörgl
saga is inspiring local currency supporters seeking
to unlock underutilized resources that might
mitigate financial tsunami cycles and create a
more independent economic model.

Complementary Currencies
The first question might be, is that legal? It is.
Creating and using a local currency—sometimes
called complementary currency, in that it
“complements,” but doesn’t replace, a national
currency—will not unleash the dogs of the U.S.
Treasury, as long as it isn’t coin and doesn’t look
like U.S. currency. Well before the Wörgl
experiment, local currencies were common, and
there are hundreds of more recent examples,
from Canada’s Vancouver Island to San Luis
Obispo, Calif., and Totnes, U.K. In a less formal
way, barters take place all the time, albeit not
transferable via a common coin of the realm.
In 1991 a group in Ithaca, New York, created
a currency, the Ithaca Hour, to promote local
economic independence and community
reliance. Its name was intended to convey the
idea that currency is both a means of exchange
and a representation of someone’s time spent
laboring. At that time, was the average
hourly wage in the county, so an Hour was worth
U.S. With more than 100,000 bills
circulating, Ithaca Hours continue offering an
alternative medium of exchange used by 900
businesses and health care providers.

In the Massachusetts Berkshires, another
local currency project took off in 2006 with the
support of the E. F. Schumacher Society, a kind of
alternative economic think tank. Named for a
British economist who advocated decentralization,
the society studies how local currencies
work. More than 2.5 million BerkShares have
been issued, with about 150,000 now circulating.
Accepted at 385 area businesses, BerkShares are
colorfully illustrated with historic Berkshire figures
and other artwork by regional artists, further
emphasizing localness. Offered through 13
branches of five local banks, 100 BerkShares are
equivalent to 0 U.S., but can be purchased
with U.S. Thus, users receive a 5 percent
discount at local businesses
that accept the currency. The alternative Massachusetts currency
has received more attention from communities
nationwide since the current economic downturn, according to
Sarah Hearn of BerkShares. “Increasingly, communities are looking to
find citizen-based solutions to economic instability, and
rightly identify local currencies, like BerkShares, as elegant tools for
growing more sustainable local economies,”
notes Hearn.

Commitment to keeping dollars local may be
enough of a driver to create a community
currency. Even small shifts in market share to local
businesses can create economic activity and
employment gains, studies have shown. One
analysis found buying from local merchants rather
than chain businesses results in three times as
much money staying in the community.
In nearby Ojai a working group has been
established to brainstorm ways to increase area
economic opportunities, and potentially create a
local currency. Further north, the college town of
Davis also is studying developing an alternative
currency, Davis Dollars, and Eureka trades
Humboldt Community Currency (CC). The
Humboldt Community Currency Exchange
Project suggests that participating goods and
services providers accept payment half in CC and
half in U.S. currency. One Humboldt CC equals
one U.S. dollar.

Here in Los Angeles, the Green Business
Networking group, formed in 2005 when a small
group of local business leaders began meeting
informally to discuss ways of working together to
advance sustainability and wellness ideas and
businesses, is exploring the feasibility of a
complementary currency for the greater L.A.
region.

“I’m motivated to work with money and
business exchange to drive sustainability,” explains
cofounder and certified financial planner Gregory
Wendt, who is also director of sustainable
investing for Enright Premier Wealth Advisors,
Inc., an established registered investment
advisory firm based in Southern California. “We
need to change the way we work with money.”
Still in very early discussion stages with
interested regional businesses and individuals for
a process that might take two to three years,
Wendt envisions a regional currency that would
find its initial footing in the green business community.
While it’s too early to know how the currency would
be backed or how actual mechanics might function,
Wendt anticipates the currency taking shape
through evolving discussions and a series of
community gatherings that identify and address issues.

Hollis Doherty, a student of the Wörgl experiment , shares
Wendt’s enthusiasm for establishing a local
currency. After stumbling across the Austrian
story, Doherty was “galvanized about the idea of
creating a local currency,” so much so that the
L.A. resident traveled to Austria and the
Unterguggenberger Institute. Named for the
Wörgl mayor who implemented the 1932
currency plan for his town, the think tank
promotes the idea of alternative mechanisms for
exchange.

Now an associate with the Unterguggenberger
Institute, Doherty finds the idea of new
thought for how money is viewed to be a
transformative topic, with the potential for huge
social impact.

“My focus is on a currency that includes more
people in the economy, one that is more
abundant for more people, and favors exchange
over hoarding by the few,” Doherty says. “The
Institute would say there is no perfect system, but
they do say it’s healthier if more than one
medium of exchange is available.”
Hopefully an alternative currency would help
to buffer Los Angeles in the event of a future
economic downturn, regardless of what happens
in Sacramento or Washington, D.C.
“It will be a very regional effort that promotes
a thriving economy for the L.A. region, driven by
locally owned businesses and local farms
committed to sustainable business practices,”
says Wendt. “What’s most important is that this
be a catalyst for change.”

—L.A. writer Maria Fotopoulos is partial to the
U.S. dollar, but open to a new green currency. 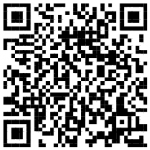 This website uses cookies to improve your experience while you navigate through the website. Out of these, the cookies that are categorized as necessary are stored on your browser as they are essential for the working of basic functionalities of the website. We also use third-party cookies that help us analyze and understand how you use this website. These cookies will be stored in your browser only with your consent. You also have the option to opt-out of these cookies. But opting out of some of these cookies may affect your browsing experience.
Necessary immer aktiv
Necessary cookies are absolutely essential for the website to function properly. This category only includes cookies that ensures basic functionalities and security features of the website. These cookies do not store any personal information.
Non-necessary
Any cookies that may not be particularly necessary for the website to function and is used specifically to collect user personal data via analytics, ads, other embedded contents are termed as non-necessary cookies. It is mandatory to procure user consent prior to running these cookies on your website.
SPEICHERN & AKZEPTIEREN
%d Bloggern gefällt das: